Add to wishlistAdded to wishlistRemoved from wishlist 0
Add to compare
8.4/10 (Our Score)
Product is rated as #18 in category Cyber Security

Web applications are inherently insecure, as aptly illustrated by a pile of recent events. Insecurity is however not fundamental to the web platform. As a matter of fact, the modern web offers a variety of powerful security features that help stop a hacker. Unfortunately, not many developers have the knowledge and skills to leverage these security features to their full potential. This course is imperative for understanding the fundamental security principles of the web. The course provides an overview of the most common attacks, and illustrates fundamental countermeasures that every web application should implement. In essence, this course offers you the knowledge and skills to build better and more secure applications. This MOOC will introduce you to the web security landscape. Throughout the course, you will gain insights into the threats that modern web applications face. You’ll build an understanding of common attacks and their countermeasures; not only in theory, but also in practice. You’ll be provided with an overview of current best practices to secure web applications Although no previous security knowledge is necessary to join this course, it will help to be familiar with the basic concepts behind web applications, including HTTP, HTML, and JavaScript.

Philippe De RyckWeb Security Expert at imec-DistriNet, University of Leuven
Votes: 0
Courses : 1
Philippe De Ryck is a professional trainer and speaker on software security and web security. Since he obtained his PhD at the imec-DistriNet research group (KU Leuven, Belgium), he has been running the group's Web Security Training program, which ensures a sustainable knowledge transfer of security expertise towards practitioners.

This site uses Akismet to reduce spam. Learn how your comment data is processed. 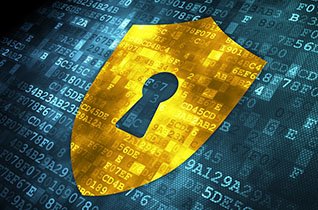 Added to wishlistRemoved from wishlist 0
Add to compare
Cyber Security

★★★★★
$12.99
Added to wishlistRemoved from wishlist 0
Add to compare
Cyber Security

Follow Us
Knowledge Base
The Code Geeks Network
Disclaimer